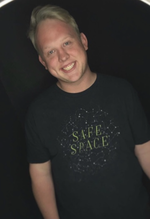 President
Seth McCollough (they/them) is a graduate and current graduate student of Auburn University. They have experience working around the state to help raise awareness and advocate for LGBTQ+ homeless youth, AIDS Outreach Alabama, and other Pride Organizations throughout the south. Seth is a  teacher at Auburn City Schools and now calls Auburn Home. They are excited to work with the board to create an amazing Pride year.

Vice President
Fitz Webb (He/They) is an Auburn University's M.A. graduate and works in communications. Fitz is also a drag king named Tucker Bleu. They have served on several executive boards and has a strong background in general board operations. They have served as Secretary and Communications of Pride on The Plains and look forward to continuing to using their skills in communication, digital, and content media to support. 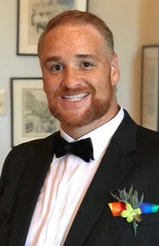 Secretary and Communications
Chris Landry (He/Him) is excited to serve as the Secretary. Throughout the year, he works at Auburn University supporting students and families in their transition to college. He also works with the GLBTA Network of the Association for Orientation, Transition, and Retention in Higher Education to train folks to facilitate "Safe Zone" sessions and to organize queer-focused initiatives for members. He has lived in the Auburn/Opelika area for three years and is grateful for the home and family he’s found here! 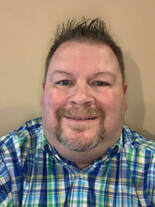 Treasurer
Bob Cloud (He/Him) is a graduate of Auburn University and works for Auburn City Schools. He has lived in the Auburn area for 20+ years and is excited to serve on the board. Bob enjoys watching most sports and playing tennis. 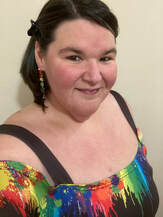 Parades
Melissa Kosbab (she/her) is a dedicated crafter and crocheter. She enjoys meeting people and being involved in the community. She is a huge animal lover and proud mom to her seven fur babies (Meap, Ollie, Nikita, Tiny Bo, Onyx,  Slate and Citrine).
​

Events & Fundraising Co-Chair ​
April Burnette (they/them) grew up in Auburn and graduated from Auburn University. They are a lawyer in South Carolina and just recently became licensed in Alabama. They have two dogs, Rainbow and Roger; and are excited to serve on the board. ​​ 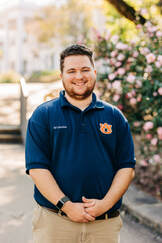 Events & Fundraising Co-Chair
Chase Chaplin (He/Him) is originally from Mobile, Al but has lived in the Auburn area for 5 years now. He is FTM transgender and passionate about trans healthcare and providing resources and support for the community. Chase also has 2 dogs, a gecko, a turtle, a snake, an axolotl, and a few fish at home! 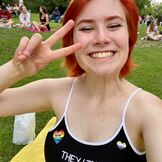 Public Relations
Ash Parsons (He/They) is from Auburn originally and happy to be back on the Plains. They are a preschool teacher in the local area. He has a passion for graphic design and is active on most social media platforms. They are excited to contribute to Pride on the Plains as this year's Public Relations board member. In their free time, they love to work on cosplay and play with their pets.

Merchandise
Emmy Patterson (they/them) is originally from Opelika, AL and has been active in the Opelika-Auburn community their whole life. They are current working on their second degree from Troy University, majoring in Political Science and minoring in Legal Studies.  Emmy is a painter and an activist for the legal and social justice for marginalized communities, specifically working to support and uplift BIPOC and Queer people and cultures. They also enjoy traveling and spending time with their fiancx and three dogs. 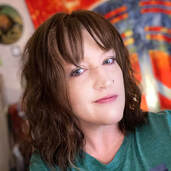 Outreach
Allie Fox(She/They) is a photographer in Auburn and Opelika. She moved to Auburn in 2020 and has spent her time focused on building safe queer spaces in Auburn by creating the Queer Kids Closet to provide gender affirming fashion to kids and young adults in the Auburn/Opelika area. They have a transgender son and is passionate about building a better Auburn for the next generation.


The Auxiliary Board consists of five-to-ten members, who work alongside the Executive Council and Members at Large.